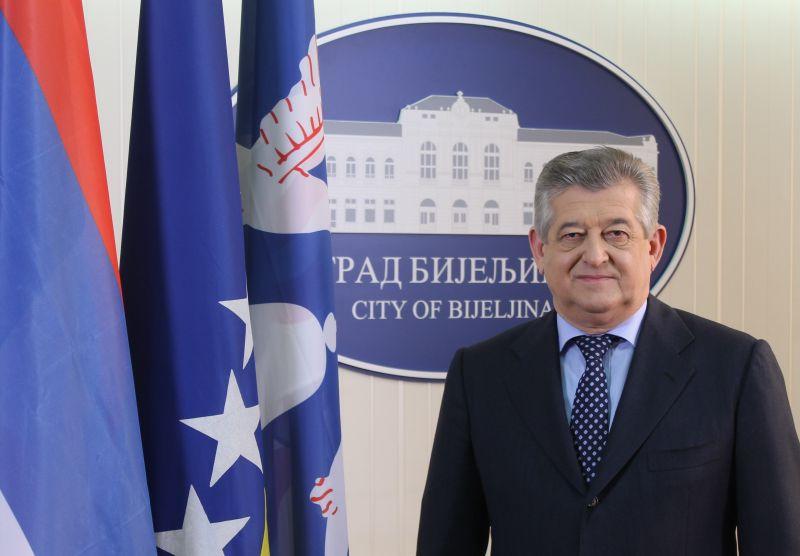 Mi​ć​o Mi​ćić​ was born on 06. September 1956 in Bijeljina.
Immediately after graduation, he found a job as a professor in the Secondary Education Centre in Kalesija, where he remained until 1992. Then goes to Secondary Technical school "Mihajlo Pupin" in Bijeljina and works here as a professor until 1996. For four years, until 2000, he was working in the Municipality of Bijeljina Administration, as a Head of Department of veterans and disabled persons
After the election, in 2000, he became a Minister for Refugees and Displaced Persons of the Republic of Srpska. From 2003 to 2005 he worked as Minister of labor, veterans and disabled people’s protection.

Since May 2017 he is Head od the Network of Association of Local Authorities of South-East Europe (NALAS).

Mayor Mićić is holder of the Order of St. Sava (1st grade) and the Order of St. Sava (2nd grade) given by the Holy Synod of the Serbian Orthodox Church.
In 2008 and 2012 he received the recognition of "Best Manager of Bosnia and Herzegovina in the field of ​​local government", for "outstanding contribution to the long-term development of the Municipality of Bijeljina, creating favorable conditions for business development and a better life of citizens."
European Movement in Bosnia and Herzegovina awarded him the accolade "European Mayor of Republic of Srpska in 2012. “
He has received a high award “The leader of the decade in the field of local government” by the International League for Peace.

Mi​ć​o Mi​ć​i​ć​ and his wife Radmila have three children - daughters Mila and Maja and son Pantelija.